Rejoice, one and all! The Premier League returns today with the evening game between Manchester United and Leicester City. This summer has been choc full of sporting action. The World Cup was a fantastic tournament as always and threw up plenty of surprises, while the new system for the All Ireland Senior Hurling Championship has given us some of the greatest battles in recent memory. However, when the hurling and the football are finished come September, we will not be facing any vacuum of sport as the Premier League will take its place on our T.V.s and, I daresay, in our hearts.

The hidden beauty of the World Cup is that it shields us from the rancid nature of the transfer window. I, personally, didn’t pay much attention to the window this year, opting to look to the wall until the sweat dropped down my balls. Ah, skeet skeet, motherfucker! Ah, skeet skeet, God Damn. The rumours I did pay attention to, though, I have jotted down here along with reasons as to why they will help or hinder their new team.

Arsenal’s new boss, Emery, has brought in a few meaningful signings. Lichsteiener arrived on a free from Juventus while Sokratis (I’m not typing his last name), from Dortmund, joined for an undisclosed fee. Lichsteiner enjoyed Switzerland’s decent run at this year’s World Cup and has been a solid performer for Juventus over the last couple of years. He and Sokratis will shore up the back line with Mertesacker retiring. Goalkeeper Bernd Leno, from Bayer Leverkusen, also signed as Cech, despite still performing well at this late stage in his career, will surely finish up or leave Arsenal in the next season or two. However, have ye seen the picture of Cech? What an absolute unit that man is. 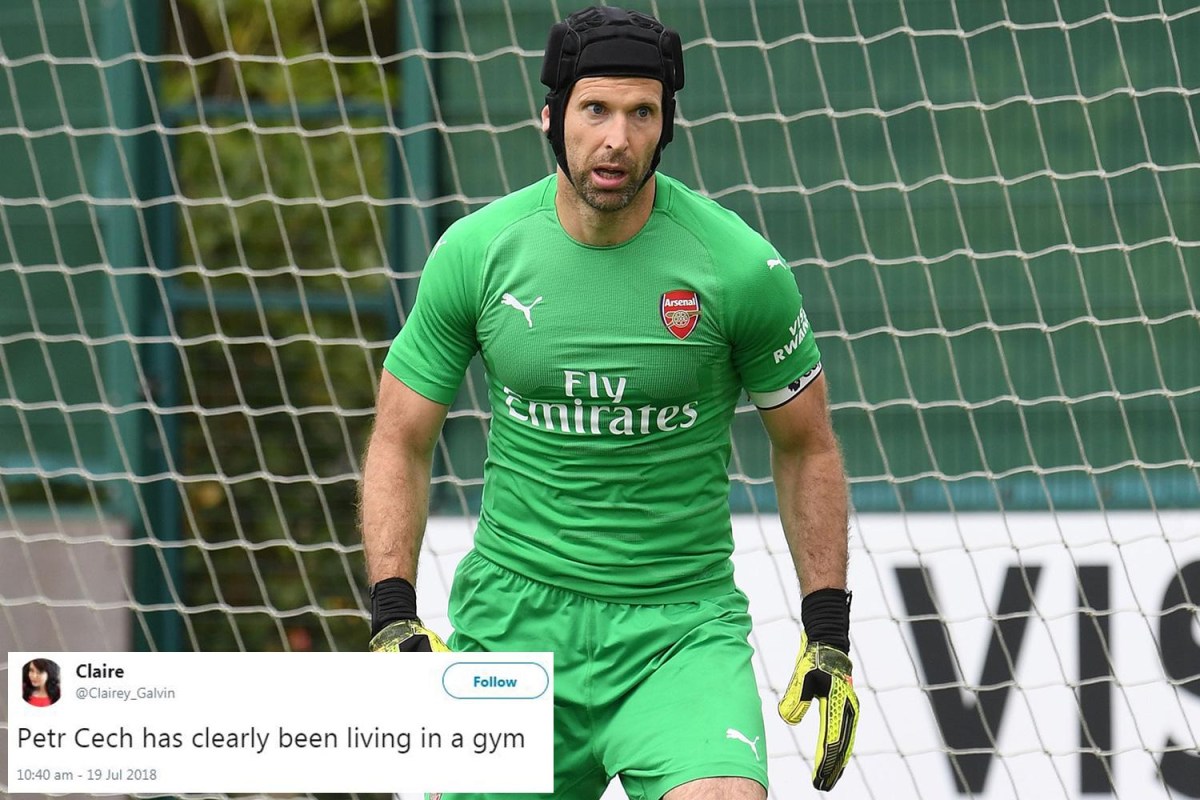 “Tell Stephen Hunt I just want to talk about what happened.”

Sean Dyche’s men are still unsure whether they will be playing European football this season. They have the second leg of their third qualifying round next Thursday against Istanbul Basaksehir. The tie is tensely poised at 0-0 on aggregate and with Burnley playing at home they will have to be on song to secure a place in Europe’s second-tier competition. They had a phenomenal season last season but unfortunately their first choice and second choice keepers are injured. Nick Pope, who was a star last season, was injured during Europa League qualifying against Aberdeen and will probably be out until Christmas.
Joe Hart has been drafted in on a two year deal from Man. City. Hart has had a torrid few years; losing favour at the Etihad after one too many blunders was followed up by loan spells at Torino and West Ham respectively, both of which ended with, let’s say, mixed reviews. Hart has been remembered at both clubs for his knack for misjudging the flight of the ball or rushing off his line when he doesn’t have the pace he once did. Perhaps Burnley’s defensive set up will help him regain some form.

Chelsea also have a new manager this year. Maurizio Sarri, who made Napoli serious contenders in Italy over the last three years, has brought in some exciting signings in the form of Jorginho, from Napoli, and Kovacic on loan from Real Madrid. Kepa, the new keeper from Athletic Bilbao, was bought to replace the loss of Thibaut Courtois, the gigantic Belgian, to Real Madrid. However, a part of me thinks that Sarri might be clinically insane, as he also bought Rob Green from Huddersfield. There is no doubt that Green is a good keeper, but at this extremely late stage in his career he must be pinching himself. Who can forget his gaffe against the U.S. in the 2010 World Cup?

A lot of keepers make mistakes in big games, including De Gea in this World Cup, but Green had also made many mistakes domestically. Perhaps he’ll be used in the F.A. Cup and he’ll shine. Who knows? I do. He won’t.

The Scousers played the most attractive football in the League last year. The partnership of Firmino, Mane and Salah was a a joy to behold as a football fan and a horror to witness as a Liverpool hater. Klopp is still at the helm and I can’t wait to see what mad antics he gets up to on the line this year. Every time his team comes close or is pinning the opposition defence down, he makes a face at the crowd as if his team is on a roll and he just won a free-in from the 21 in the All-Ireland final.
They’ve made some great signings this summer, most notably Fabinho from Monaco and Keita from Leipzig. However, I think their best signing will be Shaqiri, who spent the last few years languishing at Stoke. He proved he can do it on a rainy night in Stoke and he proved in the International Champions Cup over the last few weeks that he can do it anywhere, He’s a special talent for such a little, blocky man.
They also signed Alisson from Roma as Klopp finally realized that his keepers were shite. Although Liverpool did put seven goals past him against Roma last year. So…yeah. Best of luck ye pricks!

Guardiola and the rest of the blue wankers have finally added Riyad Mahrez, 2016 Premier League Player of the Year, to their squad. See, I can’t even write as descriptively as I want when I’m talking about Man. City. Liverpool was a stretch and a half to write about but Man. City get nothing but hatred from me.
I know that United fans get a lot of slack for being from anywhere but Manchester. That is true. The brand has grown and enveloped the whole world. Some fans know that we have to hate City and that that game is the most important of the season, no matter the standings, but I’ve always hated City. Reading up about United when I was young, I found out that City and Denis Law, our former star striker, relegated us to the second division with a FUCKING BACK HEEL GOAL in 1974. I still remember reading that and just wanting to get sick. Then there was a period in the 2002/03 season, I believe, when City and Robbie Fowler beat us 4-1. Tough times. Dark times. But good for them, they got Mahrez. Shitheads.

The majority of United fans are angry and frustrated with the way the transfer window has gone this summer. After an initial increase in activity just before the World Cup it seemed that Woodward and Mourinho just put the feet up and went back to choosing which young stars to send out on loan.
Diogo Dalot signed from Porto. The young Portuguese national (Portuguesan?) has been praised by sports sites all over the web but I can guarantee you that only a small handful of them knew who he was before he signed for United. I didn’t. And I’m one of the feckin’ best! Hopefully he can be a good back up for Bailly, if the African is fit. Oh, God I hope so.

The marquee signing was of course Fred from Shaktar Donetsk. The Brazilian didn’t see any action during the World Cup but did look good in spots against Madrid in the International Champions Cup. He will be effective in the middle between Matic and Pogba, if Pogba doesn’t go to Barca. If he isn’t, just don’t @ me. How good was his announcement video, though?
The best bit of business that Mourinho did, however, was to keep Andreas Pereira at the club instead of sending him out on loan for the fiftieth time. He excelled in midfield during our friendly matches and just looks like a complete attacking midfielder. Here’s hoping he can deliver.

Wolves are going to finish in the top half of the table this season. They destroyed all in their path last year to comfortably win the Championship, with just a little help from Chinese owners, super agent Jorge Mendes and high calibre players such as Neves. They have added Moutinho and Rui Patricio from Portugal to their impressive squad, as well as Boly to shore up their back line and Afobe to continue scoring goals. I know that it takes time for new players to gel together but when one of those players, Patricio, is the starting goalie for the Portuguese national team, then you know he will fit in to any club. Watch this space.

It’t tough to know who will finish where this season but I can’t look past City as eventual winners for a second year in a row. Chelsea have added wisely to their squad so they will be in the top four. Liverpool have also added wisely but their ability to fall short is amazing and hilarious. Arsenal have not added enough firepower for my liking and will finish outside the top four. I would like to think that United will be in the top two again, and hopefully the gap will be closer this time. We will see. Anyways, get excited!