Oi oi, what’s the craic? This is post number eleven on my now world famous blog. A bit of humour there to start! Seriously though, somebody in China and two people in Malaysia have read the blog. There is an enormous Manchester United fanbase in Asia so it’s kind of cool to see a view pop up from there. More than likely it’s someone I know who is living or working there. Which begs the question, why aren’t there more views from there? Why haven’t you shared my thoughts with your new group of interesting and culturally diverse friends? Prick.

When I started writing this, United had eleven players going to the World Cup and I thought, oh great! That’ll link up nicely. Then they went and signed Fred from Shaktar and fucked it all up. Thanks, Ed Woodward! Twelve players in the biggest competition in world football is a good return, and with plenty more from France and Spain in the squad who have been overlooked it is sometimes confusing to see how far behind we are Man. City at the moment. Anyways, let’s take a look at some of Manchester United players heading to Russia. 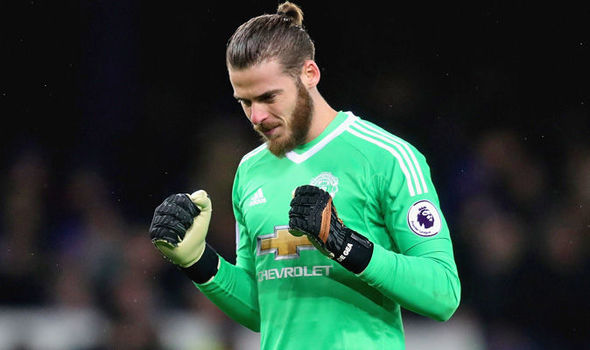 The immense keeper from Madrid has been United’s rock for the last four years. After a somewhat shaky first few years where every cross and shot looked like an impending goal, he has come into his own and cemented his status as the best keeper in the world. Spain are real contenders for the World Cup this year and I know that De Gea will play a big part in that. If they can top the group ahead of Portugal they will obviously have an easier route to the latter stages of the cup but I think Spain holds too much talent across the pitch to worry about CR7 et al. As long as David has a good tournament I’ll be happy. And for Jesus’ sake get rid of the man-bun. Next he’ll have an e-cigarette, puffing away between acrobatic stops.

The simple fact of the matter is that Paul Pogba needs to have a good tournament. There’s no denying he’s a special talent with a penchant for different colours in his hair. He’s calm and collected on the ball and can put an immense amount of power in his shots. But he hasn’t done enough in the red of United these past two years, especially with regards to his price tag. He’s still the most impressive looking player on the ball and has an eye for a pass but choose the right pass. Take the right shot. Stop putting blue in your hair when we play Chelsea and City, for fuck sake. The only thing I really remember Pogba doing over the last two years is his volley against Swansea. Sacre Bleu. Hopefully he finds some spark of form and carries it into the Premier League for next season.

I’ve lumped these two together solely because they need to have a good tournament for themselves but also England need to have a good run. In the sea of boring football that United played last season, Lingard and Rahford were two exciting waves crashing against defences (look at that for imagery!). They’re both not afraid to run at teams and cause panic. They can both shoot too. Lingard has scored some peaches over the last few years, and Rashford just put a thunderbastard into the top corner in a friendly against Costa Rica. Hopefully both start and maintain their positions throughout the cup and return to Old Trafford with a bit more confidence.

Having spent the latter half of the season injured, Lukaku came on in the dying stages of the F.A. Cup final defeat to Chelsea. A lot of our attack has been route one football with Lukaku or his countryman and fellow donkeyman, Fellaini. I like Lukaku. I think he’s a beast of a man and actually has quite good dribbling skills. I think if he can bag a goal in the first game then he’ll be a contender for the Golden Boot, providing Belgium don’t do a Spain and become the perennial underachievers of the Tweens (that’s what this decade is called, don’t @ me). If he stays injury free then that’s a bonus. If Fellaini goes to Arsenal, as has been rumoured, then that’ll just be DELIGHTFUL.

United have had a hit and miss relationship with Brazilians over the past fifteen years. Kleberson was supposed to be our new wonder signing after the 2002 World Cup. That didn’t quite work out. Anderson had a good season in 2008 when we won the Champions League and then quickly fizzled and filled out. The twins, Rafael and Fabio both had intermittent careers with United, Fabio going to QPR at one stage and Rafael going to Lyon. Fabio never did much but Rafael scored a few bangers including one beauty against Liverpool way back in the 2012/13 season. Our sole Brazilian, Pereira, is still young and has been on loan several times. Hopefully he can start getting a few starts under Mourinho because he ‘s class on Fifa. This tournament will be a chance for United fans to see what Fred is made of. Is he a Kleberson or a…..good United Brazilian player? Tune in in July.

There’s a number of other United players going to Russia. Phil Jones is going to pull more mad faces, the mad bastard. Ashley Young is going to his first world cup, so congrats to him. Rojo didn’t feature heavily this year so hopefully he has a good tournament for a bit of confidence. Matic has been solid all year and with his experience he should be fine. Lindelof is a favourite of mine so personally, I hope he plays well. I hope Fellaini gets lost in the airport on the way back. Obviously I hope he’s found, but not until the end of the year or something. He’ll be fine.